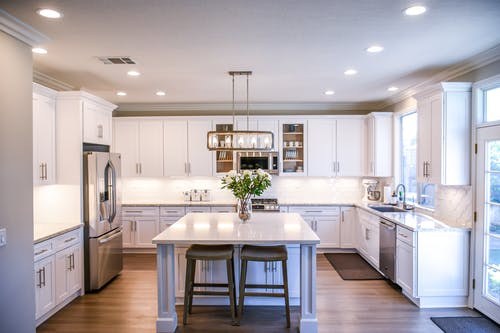 The bi-annual Brick Award competition, sponsored by the Austrians from Wienerberger AG, continued this difficult year, online, reaching its 9th edition. The competition, held under the motto “A tribute to high-quality architecture based on ceramic materials”, brought together 644 innovative architectural projects from 55 countries, submitted by 520 architects from around the world, and among the main themes that governed these hundreds of architectural projects we find climate change, population growth and the need for affordable housing, as well as shaping a future based on sustainable housing and a healthy living environment.

Listening to the conference in Vienna and contemplating the architectural desideratum of an apartment in Bucharest overcrowded and overcrowded with shades of gray, the brick constructions and concepts, with their reddish hue, could only bless the eye and bring the thought to the slightly more airy architecture of the West, even if in the developed states “box-match” type apartments are still being built.

Heimo Scheuch, CEO of Wienerberger, one of the largest brick producers, said at the conference at the end of last month: “Architecture has an important mediating role, shaping the connections between people and the environment, the built environment. In urban areas. , we see a need for innovative approaches and for the creation of attractive residential and office spaces. (…) The 50 square meters apartments do not have real quality of life standards and we are still creating ghettos where people do not meet, where integration is not possible because there is no living space “.

50 projects were selected by the jury, as in each edition. According to the jurors, the Swedish Helena Glantz, “the winners impressed the jury with courageous and creative architectural concepts for future-oriented sustainable spaces”.

Beyond aesthetic aspirations, constructions must comply with different sets of technical regulations and, at the same time, rise to the level of quality requirements in constructions. Our times, marked by the transition to a green economy, presuppose new requirements for sustainability in construction, at least in the modern world: buildings with energy efficiency for example or recyclability (CO2 capture, etc.). Accessibility remains, of course, the main aspect considered by the competition.

“Historically and architecturally, Katowice is a richly stratified city, but with a dark past. In the 19th century, coal mines, steel mills, and large brick producers paid for the construction of large boulevards. by the Nazis and Soviets in the 1940s, the city was devastated and the old streets with many attractive buildings were demolished. “Here in Chiaroscuro, the city center, an impressive new building was rehabilitated that combines the history of Katowice with the future of the city. A surviving brick apartment building has been renovated and framed with a brick facade that houses the new Faculty of Radio and Television, “according to jury members.

This sustainable housing model was designed as a prototype of affordable housing for residents of settlements near Kigali, the capital of Rwanda.

The architecture, modern and especially efficient, was designed especially for the needs of the locals – the slope of the roof leads, for example, rainwater to a container for later use. The elongated shape of the house is also ideal for hilly terrain, as this allows for reduced excavation of the soil. Inside, the structure offers about 68 square meters of living space, which can be compartmentalized because Rwandan families are often large. The wall system of the house is provided with panels made of compressed straw fiber combined with concrete pillars with a thickness of 10×10 centimeters. Unlike most houses in the village of Rwanda, it is not built of sun-dried bricks, but long-lasting red bricks.

The project is an exploration of a typology, according to the architect, and the buildings can be combined in pairs (back to back for example, but not only) to form different urban patterns. The locals from the villages and implicitly future owners of the houses took part in the building.

“Gabriela Iturbide is a photographer from Mexico famous for her black-and-white photographs in which she captures the beauty of women in her country. She offers her son, Mauricio Rocha, who owns Taller de Arquitectura together with Gabriela Carrillo, the task of making her studio immediately neighborhood of the house, with one condition: it must be made of brick.The architects have successfully met this requirement.On the plot of 7×14 meters they built a brick tower with three floors.Consisting of three superimposed rooms, of 28 square meters, the structure is flanked on the north and south sides by a patio. All the rooms open through sliding windows the size of a wall to the two courtyards “, it is mentioned in a presentation clip.

The project “convinced the jury by the design of the construction and the materials used, put into operation with great precision and coordinated so that the interior spaces look like exterior spaces drawn inwards – and vice versa”.

The walls are made of brick and painted white inside, and on the outside, the reddish earth tone, bright, has natural accents, special, so that the look of craftsmanship does not disappear, but at the same time does not come to the fore in a dominant way.

“The Delft City Archives project by Gottlieb Paludan Architects (Denmark) and Office Winhov (Netherlands) is a repository of knowledge, a treasure trove and a place to study at the same time. It has a somewhat contradictory task of protecting valuable documents from influences. This new building combines these two functions in the form of a huge, abstracted library. it creates a sculptural masterpiece that is at the same time closed, but also accessible “, according to the members of the jury.